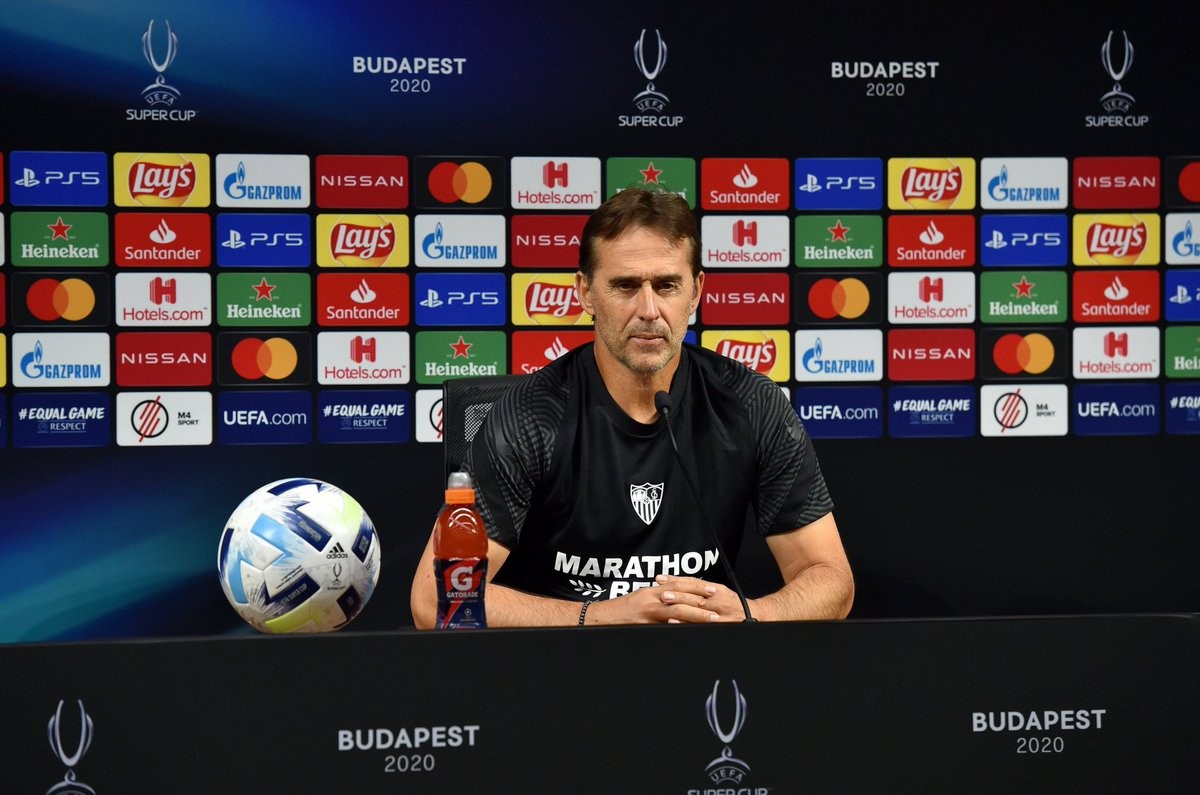 After losing to Bayern in the European Super Cup, Sevilla coach Lopetegui analyzed the team’s performance and also expressed dissatisfaction with the La Liga schedule. He believed that the game against Cadiz should not be scheduled on Sunday. But next Monday.

We lost a final that we were looking forward to. We made great efforts. We knew that we had to push our opponents to the limit to win. We had such a moment before the end of the game. Although we are sad, I am proud of everyone.

He is sad because he missed a few opportunities, but he is still young, which is normal, and future games will make him forget his experience today.

We will cheer up and have no time to lick the wound. The game is not scheduled on Monday, this kind of thing will not happen in any country in the world, but we will be prepared, the reality is like this, the game with Cadiz will be very difficult.

Losing is always uncomfortable, let alone the finals, let alone when I think we have a chance to win. The opportunity came in the 88th minute. For this kind of team, we should kill the game. We have suffered, and we have also caused them harm. When I felt their threat was less, they scored.

He had a chance in the 88th minute, which was almost decisive. Neuer is one of the best goalkeepers in the world, he saved Ennesri's shot. We know that we will encounter difficulties in overtime, and they pushed us to the limit, but I think our defense is stronger and we can seize the opportunity.

They strengthened the midfield and defense, so scoring goals against them became impossible. We have to play an epic game to beat Bayern. We did it, but unfortunately we failed to beat them.