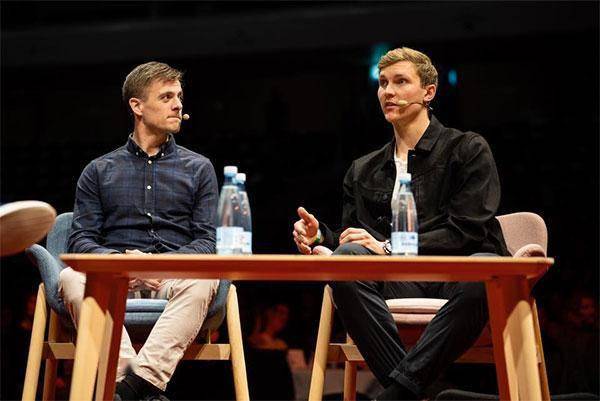 Since the announcement of the third postponement of the Danish Aarhus Townyu Cup team competition, badminton players from the host country Denmark have constantly criticized the BWF.

A few days ago, the World Badminton Federation announced that the Asian Open and the year-end finals in November this year will be postponed to January 2021 in Bangkok, Thailand. When the BWF announced the news on its official social platform, it said it was “good news”. Said that the 2020 season will end in January 2021. 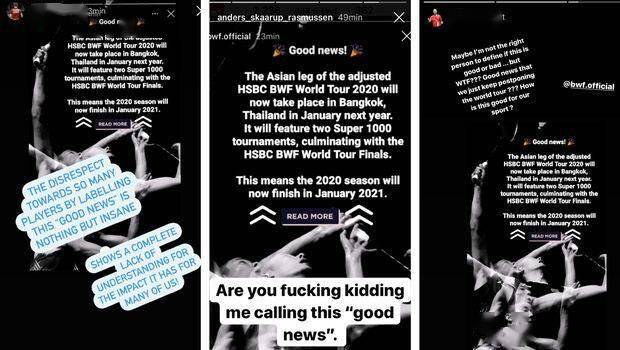 Witting Haas, Anders, Sorensen and other Danish players all criticized the so-called "good news" of the BWF on their personal social media, and said it was "disrespect to the players".

"Badminton Discipline Inspection Commission" Witting Haas directly said, "To label this kind of postponed game news as'good news' is simply disrespectful to most badminton players, it is crazy! I don't understand this at all. The impact of many players. I know that postponing is better than canceling, but this is not good news. Please be honest."

Anders cursed directly, "What the hell are you kidding, the postponement of the game is good news?"

Sorensen said rationally, "Maybe I can't define what is good news and what is bad news, but can it be considered good news to postpone the World Badminton Tournament? What good is this for badminton?"

Witting Haas also emphasized the negative economic impact of the postponement and cancellation of the game on the players, he said: "This affects us players who do not have government financial support."

Anders is also facing the crisis of unemployment. He said that he had no bonus income for nearly half a year and had to find a job to make money to support his family. "I just got a job as a substitute teacher because I need to do something and need to earn money. Tianyuan thought he would get some positive news from the Asian Open. Now it’s really frustrating. Life is already very difficult. We have to wait a few more months. This is another blow. The BWF also called it good news. This is really strange."